My sermon today is about doctors or as they are sometimes called, perjoratively, Quacks.

In looking up the definition, the term Quack, in the sense of a medical impostor, is a shortening of the old Dutch quacksalver (spelled kwakzalver in the modern Dutch), which originally meant a person who cures with home remedies, and then came to mean one using false cures or knowledge. 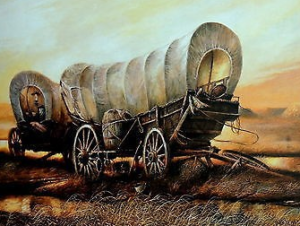 The apotheosis of quacks is embodied in the historical figure of Gideon D. Searle the founder of the  US drug company G.D.Searle (sold to Monsanto in 1982 for the patent rights to the sweetner amino acid Arginine, branded Canderel. Allegedly discovered accidently by a Searle chemist licking his finger coated in the powder) whose massive HQ in Chicago was decorated with lyrical mural paintings of the beloved founder crisscrossing the Wild West in his ox drawn covered wagon loaded with ‘patent medicines’ and miracle cures. ie. Whiskey for the Indians, sweet dark alcoholic linctuses containing opiates and painkiller pills with salycilic 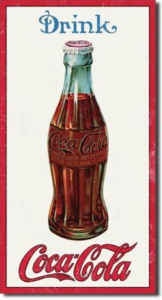 acid ie.aspirin or heroin – a dollar extra for those! Well, if Sherlock Holmes takes them it must be good, eh?

Coke used to be the real thing. You used to be able to shake coke up with salted peanuts to extract the cocaine high! (Allegedly! Ed.) It’s in the John Wayne movies so it must be true! It certainly is not the same (or as good/addictive) now. The best medicine for little baby lambs is alcoholic gripe water – I wonder if you can get it now? Probably banned after lobbying by BigPharma. 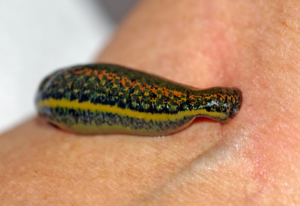 Medicinal Leeches were the goto treatment even until the late nineteenth century and are still used today for sports injuries and bruising. Doctors don’t like to be called leeches anymore but that is the topic of another sermon.

What sparked the topic of this sermon was the junk mail shoved through my lockdown pen’s letterbox for a detox foot patch. It exhorted that by wearing this foot patch I would ‘feel as strong as an ox again!‘. Leaving aside the fact that I am not of the ox bovine species but of the ovine persuasion, it is clear that this is obvious quackery targeted at the old and vulnerable sheeple amongst us.  Junk mail scams have moved from timeshare holidays to healthcare. I know that if any of you are actually stupid enough (and I know you are!) to ring that number on the leaflet (no email, no website, no letters because the targets can’t use tech), teams of slick smooth fast patter talking call centre salesmen will part you from your credit card details and money for a product that is guaranteed to take your money er… I mean cure all sixty six health issues and ills described in the leaflet. It’s risk free, boyos!  It’s endorsed by er..someone looking posh. Read what the many users have said. Go for it, suckers. What do I care, it’s the neocapitalist way.

If it quacks like a duck it must be a er… duck? Let us pray.